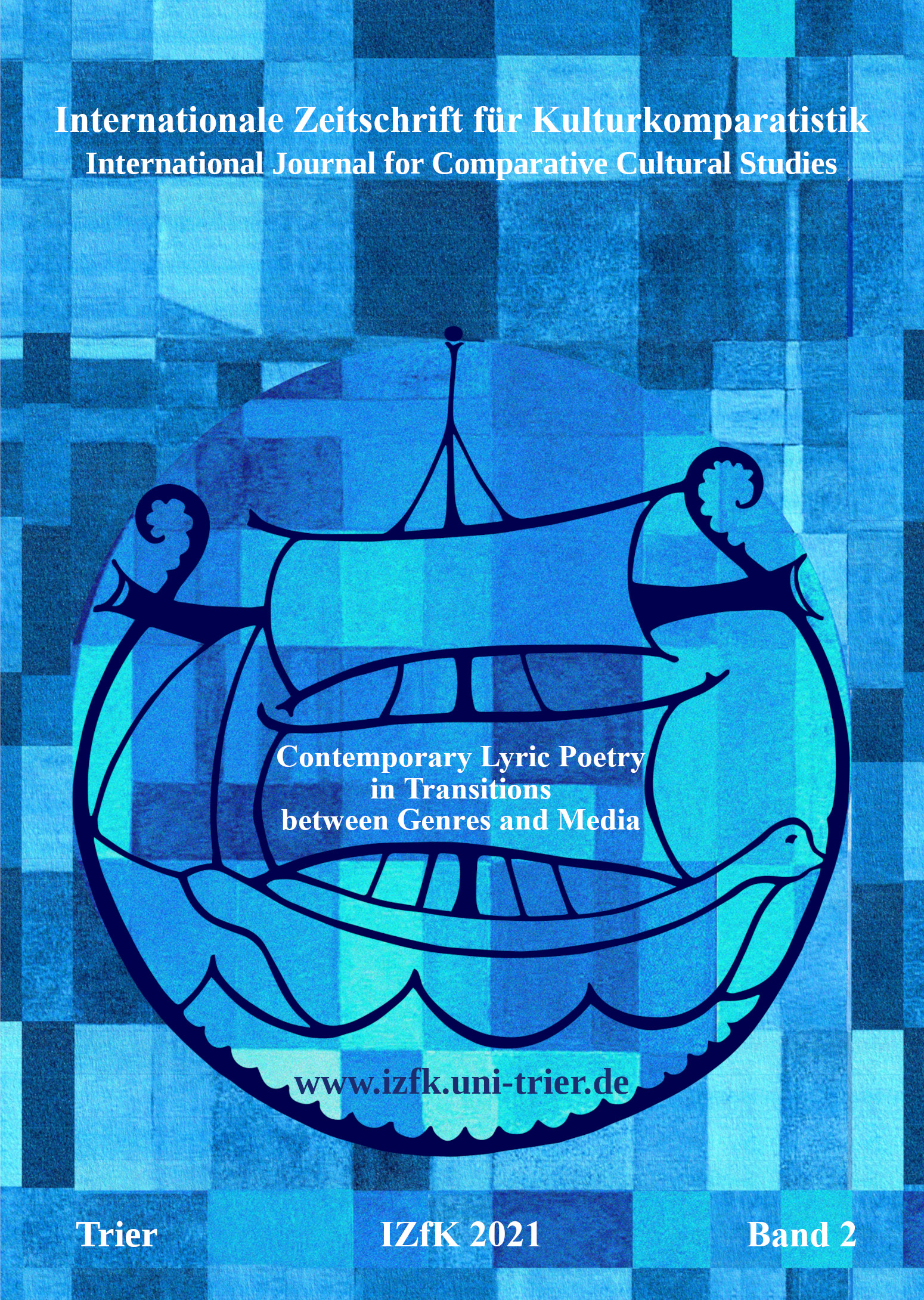 A new genre has emerged in contemporary literature: the ‘novel in poems.’ This genre hybridizes the novel and poetry in order to construct characters and a plot through relatively autonomous poems in series. The ‘novel in poems’ appears in different subtypes, which can be categorized according to the following criteria: (1) the presence of one speaker versus several speakers, (2) the presence of a speaker as lyric protagonist and/or narrator, and (3) the presence of a blend of distinct modes of lyric, narrative, and dramatic representation in various forms of combination. Specific characteristics of the ‘novel in poems’ are: 1) variation of constituent poetic forms with different degrees of semantic autonomy and brevity; 2) hyper-structuring through symmetries, holism, and equivalences; 3) a tendency to differentiate mediating instances within the text; 4) the reduction or elimination of the narrator or of narrative principles and the use of an omnipresent textual subject; 5) the presence of metapoetic reflections on topics such as poetry and creativity; 6) an emphasis on voice, person, and subjectivity; 7) episodic plot construction through montage techniques and a tendency toward chronological order; 8) the predominance of present speech and action; 9) contradictions between the speaker as subject and addresser, via the lyric fiction of performativity, and the function of narration; 10) a necessity imposed upon the reader to reconstruct the plot and characters. This essay establishes three subtypes within the proposed genre: a lyric ‘novel in poems’ with one speaker (Irina Ermakova), a polyphonically narrative ‘novel in poems’ that combines third-person narration with several alterior speakers (Lana Hechtman Ayers), and, finally, a dramatic ‘novel in poems’ with shifting primary speakers (Glyn Maxwell).