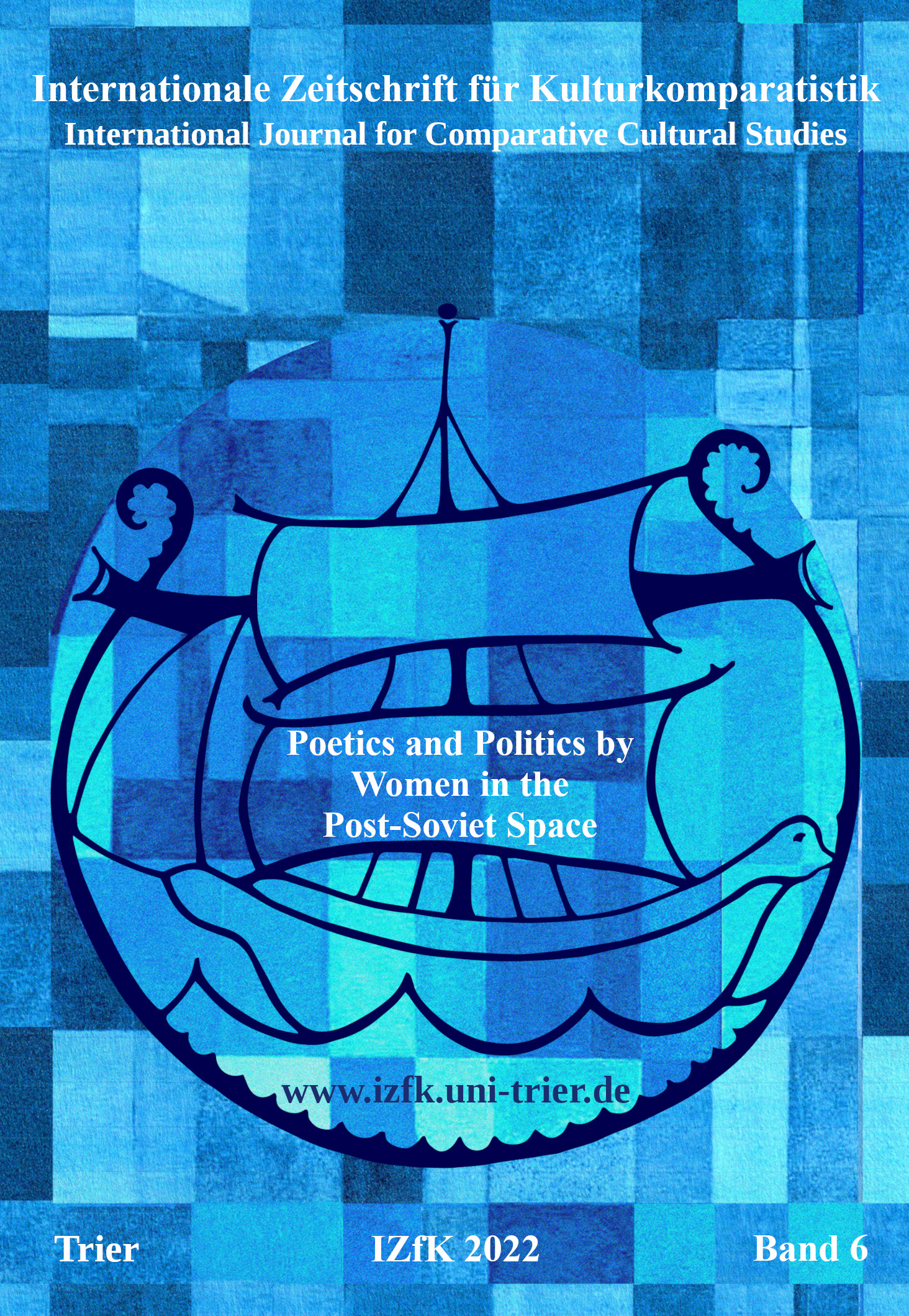 This article investigates the poetry and public life of Alina A. Vitukhnovskaia against the backdrop of her position as a political dissident in Russia. In opposition to most contemporary Russian poets, she considers her writing to be actively “political,” that is directly interfering with governmental politics. The first part of the article introduces methodological concepts in order to consider the relation between Vitukhnovskaia’s poetry and her political activity: distinguishing between the poetic subject, the media-persona (the presentation of the author and the person Alina Vitukhnovskaia to the public), and the political habitus. The subsequent sections investigate her poetic work, her public appearance, and her political activities in relation to these concepts. Vitukhnovskaia’s poetic subject appears to be characterized by provocation with regard to both aesthetic forms and social themes. Formal provocation is carried out by means of disturbing paronomasia, whereas social and thematic provocation involves the negation of traditional, often nationalist, attitudes and the presentation of negative ideological or philosophical terms (nothingness, emptiness, ugliness, evil). While the former has a philosophical appeal (existentialism), the latter is related to the tradition of the demoniacal, such as goth subculture and necro-aesthetics. Vitukhnovskaia turns surrealism upside-down: making artistic ‘reality’ seem less surreal than the reality of the world. The construction of the poetic subject with provocative elements helps Vitukhnovskaia establish a media-persona. This is considered with regard to self-portraits in the book “The Black Icon of Russian Literature” (2017). The combination of aesthetic (beauty), sexuality (domina), and power is interpreted as a provocative dimension of this media-persona. The last part analyzes the political program of Vitukhnovskaia’s application for the 2018 presidential elections as a collection of demands that contain provocative challenges: for instance, the armament of Russian citizens and nuclear disarmament of the state. This incongruity of political demands is a provocation that correlates with an aspiration to unlimited power. Provocation is also considered the main feature of Vitukhnovskaja’s political practice, which she subordinates to the presentation of her media-persona.